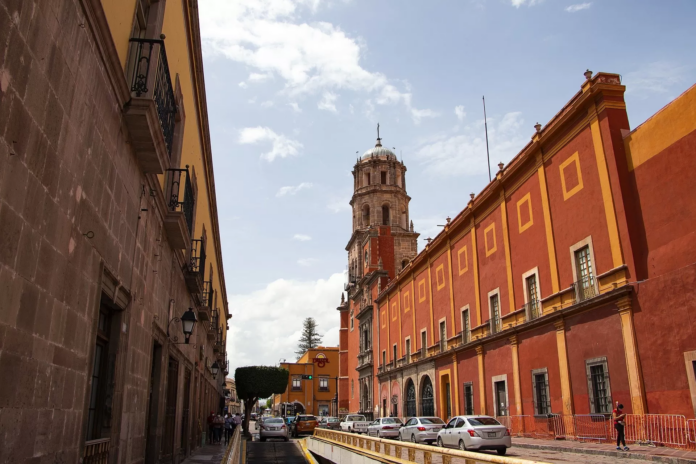 Canadevi Querétaro seeks to build affordable housing with a cost that ranges between 500 thousand and one million pesos throughout the state.

José Guerrero Renaud, president of the chamber, stressed that these houses will be accessible and focused on the workers of Queretaro.

The president added that proximity to work centers will be prioritized and access to basic services and location in safe areas will be guaranteed.

He pointed out that homes should be close to work centers so that people can make pedestrian or bicycle tours to nearby places.

“One of the most recurrent problems of popular housing developers in Querétaro is the failure to deliver the subdivisions to the municipalities, ” he said.

In this sense, he said that the municipalities will provide facilities for the developments to be delivered in stages and not until the conclusion of the development.

This situation will allow the inhabitants to access the services provided by the municipal government.

Mortgage loans in the state

Guerrero Renaud pointed out that there are cases in which workers cannot access a mortgage loan or it is not enough to acquire a home.

“There are many people who after four years of working do not have access to credit. We are working so that there are opportunities and credits available to them, ”said the president.

According to data issued by Conavi, the loans granted in the state of Querétaro for the acquisition of popular housing are low.

The figure is similar to the number of credits granted for residences plus, which are at the highest level.

The largest number of loans granted in the entity focused on mid-range, residential and traditional homes, respectively.

Likewise, most of them were granted by private banks to people whose income exceeds 12 UMA.

The Querétaro real estate market is the most expensive in the Centro-Bajío area, according to the Vivanuncios portal.

The entity has become more competitive in terms of home values, thanks to the growth and industrial development it has experienced.

This is due both to its strategic location for business and its proximity to Mexico City.

“Its manufacturing industry and its accelerated economic growth have generated high demand for housing spaces,” the portal highlighted.

For its part, the Federal Mortgage Society (SHF), indicated that the average price in the state real estate market is around 1,850,000 pesos. Although they vary according to their location.

Homes located in the metropolitan area have higher prices compared to the rest of the state. The SHF highlighted areas such as Juriquilla, Corregidora and El Marqués as the ones with the highest price.

In addition, in Tequisquiapan, Bernal, or San Juan del Río there are high cost properties because their great attractions allow them to be used as an investment.

In the capital, you can find apartments from 480 thousand pesos in housing complexes on the outskirts of the city.

However, prices can exceed 60 million pesos in luxury residences.

This represents profits of 87 thousand 941 million pesos and the creation of 53 thousand 394 new jobs, added the president.

Xanadú Residencial Zákia is one of the many projects that have been established in the state.

The luxury housing complex, which is the second of the three planned by SLO Desarrollos, was inaugurated in the presence of partners and founders.

It is a real estate development of 71 houses and 16 lofts designed with an eco-responsible system that optimizes water and electricity consumption.

It has three housing prototypes: Xakii and Kandii for the houses, in addition to the lofts.

In addition, it offers more than 695 square meters of amenities, a pool, visitor parking and a business center.

With this and other projects, the real estate market in Querétaro is transformed into one of the largest, with affordable, luxury, or sustainable housing.

Do Foreigners need a will in Mexico?