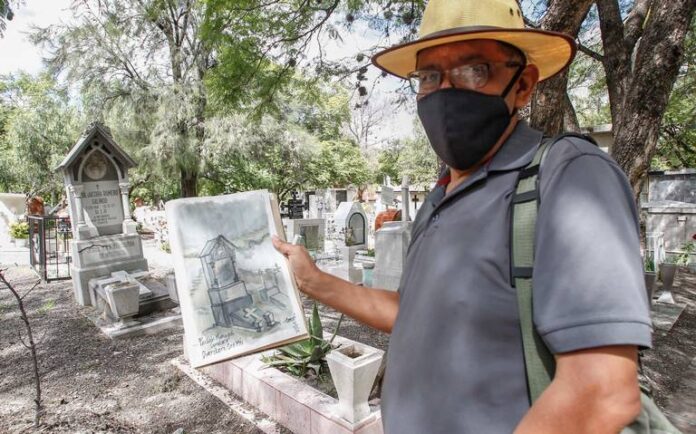 The urban sketchers will participate in the 21st edition of an international meeting of travel notebooks in France, where they will share their visual chronicles on the state

“Urban Sketchers” is a global community of artists who practice drawing and are dedicated to documenting their travels or the daily life of the places where they live; In Querétaro, urban cartoonists seek to officially join this movement, so for a year, and in the midst of the Covid-19 pandemic, the municipalities of Querétaro, El Marqués and Corregidora have been recording “drawing by drawing”.

As a result of their work, this year they were invited to the 21st edition of “Le Rendezvous du Carnet de Voyage” (“Meeting of travel notebooks”); an event that will take place in France on November 19, 20, and 21, and will be held in collaboration with the International Network of Michelin Cities, to which Querétaro also belongs. The urban sketcher Daniel Valencia will travel to the meeting, who on behalf of his colleagues will carry everyone’s booklets, to show the visual chronicles that they have made in the state.

Currently, the group is made up of 28 people; between students, architects, designers, plastic artists, muralists and journalists, who meet every Sunday for the simple pleasure of drawing, as well as the concern to learn more techniques and improve their lines in situ.

“You don’t need to be a specialist in any kind of drawing, you just need the enthusiasm to form a community, learn in a group and express yourself”, asserts the architect Martín Camacho, who together with the photojournalist and visual artist, Demian Chávez, promoted this movement in the state.

According to both sketchers, the first meeting took place on October 25, 2020, and since then more urban cartoonists have been added little by little.

On the Instagram account @urbanskecthers_qro, the group has recorded this work, as well as some sketches of the streets, squares, museums, and temples that they visit as a group. The idea, says Demian Chávez, is for people to get to know the movement, join in, and officially open the Querétaro Urban Sketchers chapter.

“We are in the process of that certification because they asked us for at least six months of continuous work, and we already have a year; with the pandemic, this process was delayed but it is only a matter of resuming it, I believe that we will not have any problem ”, agrees the architect.

In addition to this requirement, the photojournalist said that they must also follow the movement’s manifesto, where it is stated that the drawings must be made in the same place of observation; tell the story of the environment; accurately record the time and places, and share the result through the web to show the world “drawing by drawing”.

“There is no doubt that what we have portrayed has already been seen by urban sketchers around the world; We upload our work to the collective’s networks and also from our individual accounts with the hashtag: @urbanskecthers_qro, so we could say that we have promoted our state internationally ”, agrees Martín Camacho.

As part of the “24 hours Sketch together”, last Sunday the group met in the Municipal Pantheon of Querétaro, to document the new normality in this cemetery. 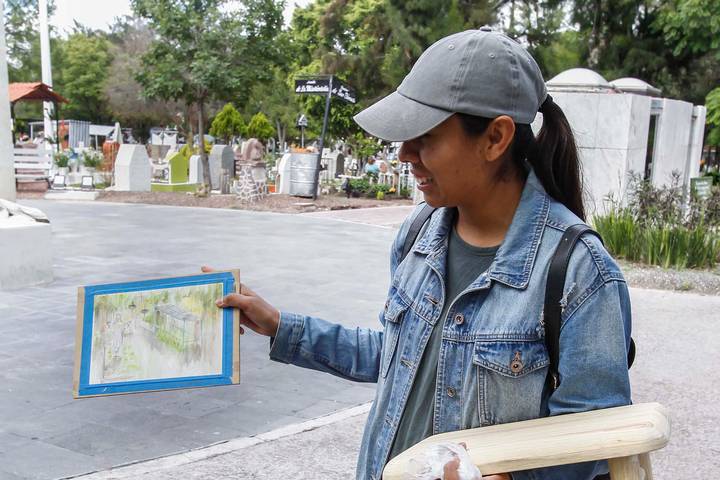