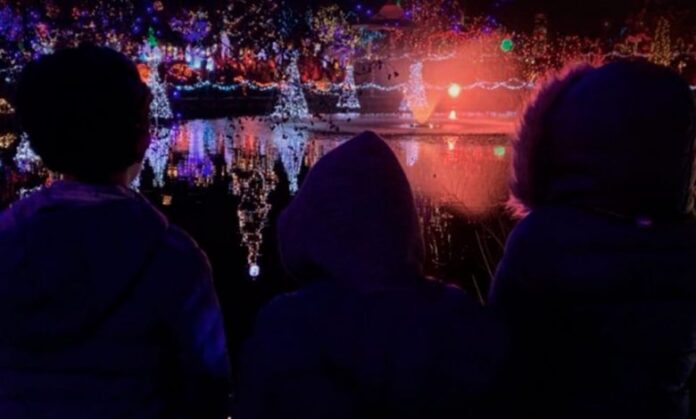 The Ancestra Estate in association with the Austrian company MK Ilumination, announced the opening of a Christmas park in Querétaro that will have more than 100,000 lights in a one-kilometer route that will last one hour.

In a statement, Finca Ancestra located in East Constituent Extension, in the Saldarriaga community, reported that the park will open its doors from November 22 to December 8 and will have the capacity to receive 35 thousand people in its first year, it will have the attraction of villas, a Christmas bazaar and space for food and drinks, as well as fireplaces among other amenities.

Due to the contingency, during its opening all sanitary measures will be respected, including a safe distance between visitors, so the capacity will be 1000 people per day.

The commercial zone will have a FoodTrucks zone with 30 food stalls and the bazaar will have 40 commercial stalls, while the light show will increase year by year until reaching more than 1 million lights, which will place it as the largest Christmas park from Mexico.

With this, Querétaro joins cities such as Innsbruck, Albuquerque, and Vancouver that have similar tourist parks.