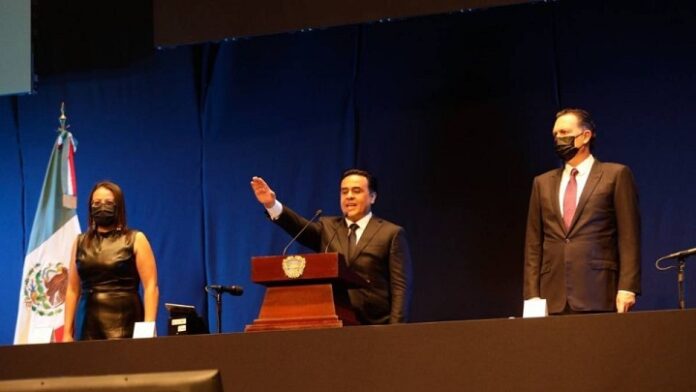 “Today begins a new stage for our municipality and we are not starting from scratch,” said Luis Nava when he protested as Municipal President of Querétaro for the period 2021-2024 and became the first re-elected Mayor in the state capital.

“My job will be that the city we want has better services, better streets, better parks, better green areas, and of course, an orderly and sustainable development. My job will be to put a human face in each of our actions, and that this transforms lives. In short, it means making Queretaro families live better, ”said the re-elected Municipal President.

Luis Nava assured that the experience of the last three years will allow a better rhythm to fulfill the commitments assumed, among which the creation of the Secretariat for Women and the continuity of the With Them We Make a Difference program, the only one of its kind at the national level, stands out. that should reach 50 thousand beneficiaries with comprehensive actions for their empowerment.

Luis Nava reiterated the work to continue reactivating the economy, but under the warning that growth will be sustainable, for which he announced the creation of the metropolitan environmental conservation belt between Peña Colorada, Joya-La Barreta, El Tángano, and the Cimatario National Park, in addition to the commitment not to authorize a change in land use, development authorization or any action that threatens these natural areas that are the guarantee of our future.