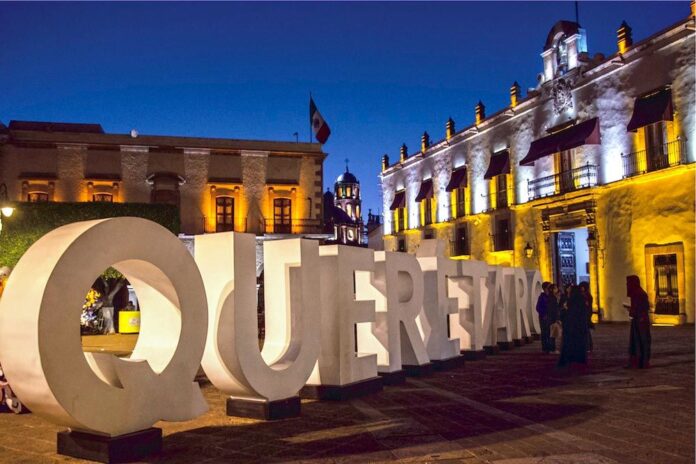 The city of Querétaro, despite the fact that the perception of insecurity on the part of the inhabitants of the capital rose 5.6 percent in the span of a month, decreased by 12.5 percent from 2018 to 2021 according to inhabitants who said they felt safer.

According to the National Urban Public Safety Survey (ENSU) carried out by INEGI, the capital of Querétaro placed 46.1% in terms of the perception of insecurity according to the data obtained through the study published during the month of July of this year. year, which represents 20.5 percentage points below the national average, which is 66.6%.

Despite these data, of a total of 82 cities, only 8 were on the rise in terms of the perception of insecurity from March to June 2021, among which is the capital of Queretaro with 5.6 percent more in the month of June with 46.1 percent compared to the month of March with 40.5 percent and that puts the city of Querétaro in the 64th place nationwide.

It should be noted that the top ten cities that were classified as unsafe by their inhabitants were Fresnillo Zacatecas in first place, followed by Ecatepec Estado de México in second, Cuernavaca Morelos in third, Guadalajara Jalisco in fourth, Cancún Quintana Roo in fifth place, Uruapan Michoacán in sixth, the Mayor Gustavo A. Madero of Mexico City in seventh, Zacatecas in eighth, Coatzacoalcos Veracruz in ninth and Tonalá Jalisco in tenth place.

In contrast, the capital of Queretaro is located above the city of Durango, Durango with one percentage point while it is below 4 cities belonging to the entities of Nuevo León, Sinaloa, Tlaxcala, and Aguascalientes respectively by a difference of five percentage points.

On the other hand, only from 2018 to date the study indicated that in the capital of Querétaro there was a decrease of 2.3 percentage points on the part of the capital’s population that experienced some act of corruption on the part of a public security authority that went from 33 percent. percent in 2019 to 30.7 percent through June 2021.

Citizen perception also increased by 1.7 percentage points regarding the effectiveness of the government to solve the most important problems of the city, which were from 34.9 percent in June 2019 to 36.6 percent until June of this year.

According to the survey for the period from March to June, but in 2018, the perception of insecurity has been acceptable, registering 63.1% in Querétaro as opposed to 75% at the national level, while for the same period but in 2019 it was 58.6% local against 73.9% national and for 2021 it was 46.1% compared to 66.6% although during 2020 there was no record in said study due to the health contingency.

“Today we can say with you, with the best police officers, with better training and with the best equipment and the best technology; that we are making a difference to give peace of mind to Queretaro families, together we are making Querétaro a better city to live in, that is the commitment and with actions we are fulfilling ”, he said.

The Mayor pointed out that so far in the administration, 245 units have been delivered, including motorcycles, ATVs, SUV-type units, pick-up trucks, bicycles, sedan vehicles, a passenger bus, and a hydraulic crane; all thanks to a total investment of 133 million 422 thousand 909 pesos, in addition to the investment in technologies such as video surveillance cameras and in the constant training of police personnel.

“Today the Queretans feel more and more secure, they trust you because they always demonstrate the professionalism, ethics, honesty and human face that characterize this corporation. For this reason, our commitment to the safety and tranquility of Queretaro families translates into a commitment to all of you, the commitment to always provide you with the best training and resources and also the necessary equipment to carry out your task, ”he said.

In his speech, the Municipal Public Security Secretary, Juan Luis Ferrusca, announced that 47 million 572 thousand 820 pesos from federal and municipal resources were invested in the vehicles delivered this morning, for which he thanked the effort made to provide the corporation with the necessary tools and thus the elements can better develop their functions.

He also recalled that in addition to these units, more actions have also been carried out in terms of security, such as the placement of 128 Citizen Alert Buttons, in addition to the construction of the new C4, two sub-commands, and one more that is about to be inaugurated. ; Actions that he said allow Querétaro to be an example at the national level for its security strategy.