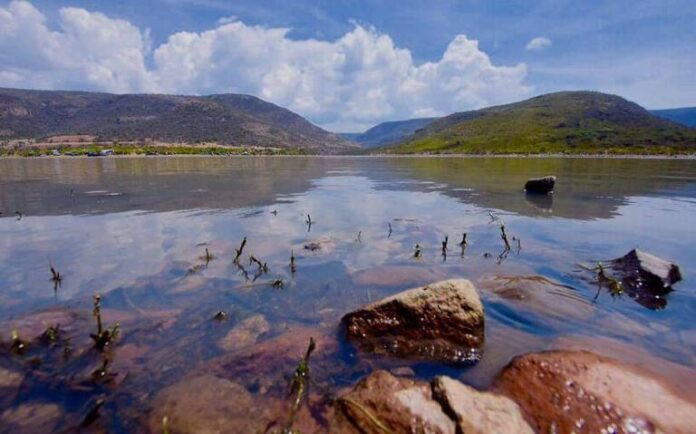 In Querétaro there is a cultural trend of habits and practices related to an excessive consumption of natural resources, mainly water, due to industry, said sociologist and academic Gerardo García Guzmán.

For the specialist in water-related issues, the water availability has been decreasing in the entity, this because the demand for water exceeds the supply and that is reflected in the amount per year of each person that is estimated between 990 cubic meters, when the reference minimum is 5 thousand cubic meters.

“What we live in Querétaro, with our 45 industrial parks, closed subdivisions, in a city nailed to the semi-desert … This type of urbanity is due to an economic lifestyle, rather than a biological need,” he said.

He added that the issue of water, in connection “with being the sixth entity in Mexico with the highest degree of water stress,” is due to the generation of real estate development projects and land use changes, in addition to the industry that hoards resources for its livelihood without guaranteeing the care of the environment.

“We believe that environmental problems cannot be seen if we do not look at the power relations and we have to put names, links, and the names begin to appear with the Queretaro corporate and political elites who have a long-term vision of the growth of the city, and for decades are hoarding the ground, the territories and specifically the water,” he said.

He maintained that in the entity there are water concessions to private companies that “control large areas of the city and even touch the large protected areas. The city has nowhere to grow, but in these areas and in the ejidos as well, which are affected”, even, in the research carried out by García Guzmán, he refers to the companies “Abastecedora Queretana de Agua y Alcantarillado S.A. de C.V., Operadora Querétaro Moderno S.A. de C.V. and Bienes Raíces Juriquilla S.A de C.V., which operate in the real estate complexes of the northeastern metropolitan area, such as Zibatá, La Pradera and El Regido, El Refugio and Zakia”.

The issue of water in the entity is a problem that had been warned previously, however, there was no adequate regulation in both industrial growth, “who require the water resource for its operation”.

“One of the main mechanisms to ensure territorial control of the metropolitan periphery is the control of infrastructure and water management. Much goes into concessions from private companies that divert flows to their industrial parks, but giving water to some implies taking them away from others,” he concluded.