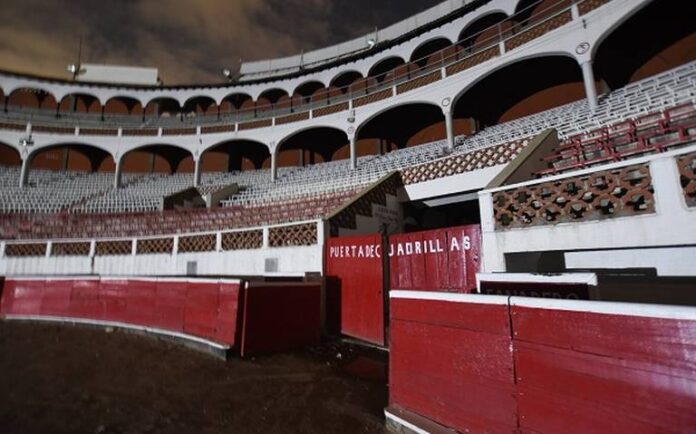 An offer around 390 million pesos was made for the emblematic property; the owner does not confirm negotiation

The bullfighting tradition of Querétaro is at risk of receiving a perhaps fatal blow in an involuntary task against the powerful interests of the commercial sector, as the American supermarket chain HEB bids for the purchase of the Plaza de Toros Santa María to build one of its branches in its place.

With more than a year and a half without activity due to the pandemic, the coso de Constituyentes has become a major economic burden, but at the same time one of the most coveted properties in the city, due to its privileged location.

For a year there have been several investors interested in acquiring the square, but they have been discarded in the negotiations and HEB is the most recent and the most advanced of the negotiations, with the intention of building a store there.

The fiesta brava was one of the sectors hardest hit by the Covid-19 pandemic, but the problem was also added to the cancellation of all artistic events that generated income for entrepreneurs.

It was learned that the negotiations for Santa Maria, one of the most traditional bullrings in the country, are around 390 million pesos.

The Diario de Querétaro requested an interview with the owner of Plaza Santa María, Nicolás González, but he refused to talk categorically about the sale of this property.

The eventual sale would be a devastating blow to the bullfighting sector, of great tradition in Querétaro, because in the capital only the Juriquilla Province of the Torres Landa family would remain.

For more than 50 years in the Plaza Santa María the highest figures of bullfighting have been presented, but it was also the headquarters of Cuernos Chuecos who over 19 years have toured our city and only on one occasion did not make the final on that stage, but they have always considered it their home , in addition to the fact that hundreds of shows have been presented with artists of the stature of Juan Gabriel, Joan Sebastian, Marco Antonio Solís “El Buki”, Intocable, Hombres G, Bronco, La Arrolladora Banda El Limón and El Tri, among many others, it has also hosted Motocross events.

Since March 2020, when a concert by singer Danna Paola was cancelled due to Covid-19, Plaza Santa Maria remains unopened to the public and there is no future programming of any event, pending sanitary measures to set the date for its reopening.