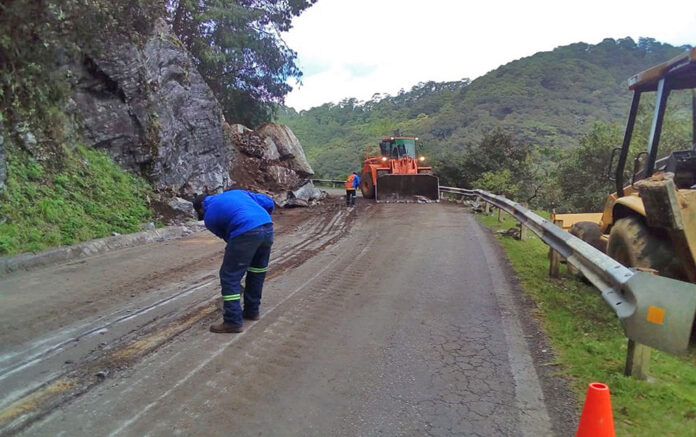 The incidents have occurred mainly in the metropolitan area, explained Fernando González.

Danger increases in rainy weather and therefore efforts are being redoubled to clear debris, says the coordinator of the State Infrastructure Commission

So far, 10 landslides have been present on the road network of Querétaro, which aroused the concern of locals and visitors who arrived in recent days and hours to any community in the State.

So far, this rainy season there have been 10 reports of landslides of fallen material from the hills near the road.

The coordinator of the State Infrastructure Commission (CEI), Fernando González Salinas, reported that these incidents have occurred mostly in the metropolitan area.

The concern arises because the affected areas are those with the greatest mobility due to the dynamics of daily life and also due to   frequent transport as a result of trade and tourism, in combination with the rainy season, which begins to appear frequently.

The areas with construction material are more vulnerable, because more landslides could be generated as a consequence of the rain phenomenon.

González explained that reports have been received from state highway 540 that goes to Chichimequillas; on state highway 400 that goes to Huimilpan, at the height of Cumbres del Cimatario; and in the Fray Junípero Serra ring road; to mention some roads.

The CEI has 15 work crews for road maintenance, of which 13 are for conservation and two for signaling that are distributed throughout the 18 municipalities.