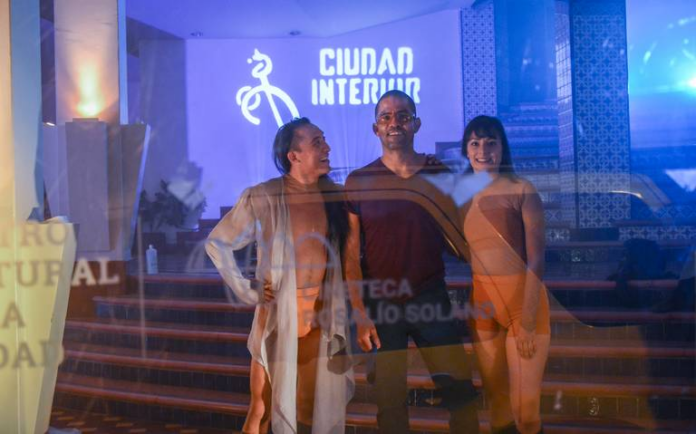 With this support, the company will continue the Paralingüa Code; a project developed around the Mexican Sign Language and its possible relationship with Contemporary Dance

The Federal Ministry of Culture announced the results of the Support Program for Artistic and Professional Performing Arts Groups “Mexico on Stage”. Only the contemporary dance company, Ciudad Interior, was chosen at the state level, in a close call in which only 58 national groups were selected.

This is the second time that this Queretaro group receives this incentive, the first time was in 2019; That year the resources were used by the artists to develop an unprecedented dance project, focused on including the deaf community in this discipline, through the Mexican Sign Language (LSM) and its symbiosis with the language of contemporary dance

Even in a pandemic, the company found a way to continue with its work, a process that allowed them to get to know the deaf community of Querétaro and different local civil associations such as Latido Sordo and the Commission of Deaf People of the State of Querétaro, through who managed to learn sign language.

All this experience was transferred by the company’s founder and choreographer, Alejandro Chávez, to the new dance pieces, which they managed to premiere behind showcases and in traveling fish tanks, as an alternative to work in front of forums and theaters closed due to the health crisis.

Now, with this new support, Chávez anticipates DIARIO DE QUERÉTARO that he will seek to give continuity to this project entitled “Paralingüa Code. Choreographic architecture from silence ”; However, the new efforts will place special emphasis on the dance training of deaf girls and boys in the state – mainly those who live outside the capital -, as well as on the teaching of LSM to them and their families.

At the end of this training, in which the choreographer will continue working on original pieces inspired by the symbiosis of LSM and contemporary dance, they will include the participants in the staging.

“One of the premises of the company was to change the discourse [of contemporary dance] and include more people. Above all, all the research behind it is important to us; We have a log and a record of the work we have done. The most important thing for us was

open a new space for social inclusion. And it is real. It can be seen in the same works that we have carried out, in the videos, there are deaf people participating. Only in the last work was Juan Toscano (a deaf artist) dancing; at a very basic level, but integrated within the company. Now we want the scope to be greater, looking for children to participate. Because we have not done this project to justify the support, behind there is work that has been quite difficult (…) In which we do not seek to impose, but listen and see what they can create in terms of the aesthetics of the proposed work because if not, it would be a kind of colonialist imposition ”.

Ciudad Interior was founded in 2008 by Alejandro Chávez, with the aim of integrating the different artistic disciplines in contemporary dance for the dissemination of art as an engine of social renewal.