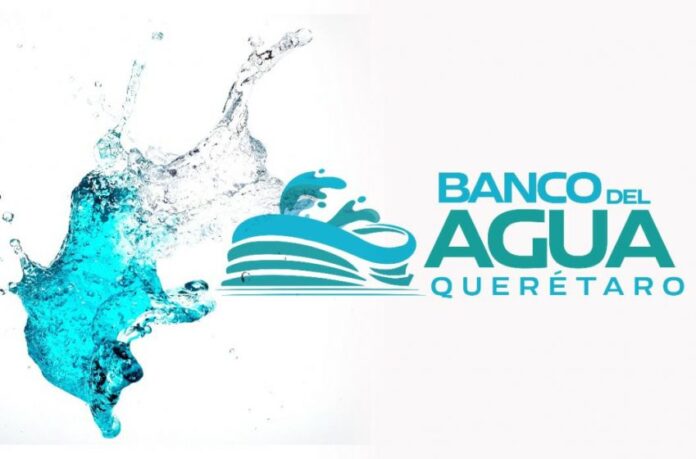 Querétaro presents a serious emergency due to water stress, because around 60% of the aquifers are overexploited

The issue of water – what we have left over, what we lack – is a very topical issue.

And it is brought in by the deputy Ricardo Astudillo, in an initiative that he presents these days in the Office of Parties of the LX State Legislature.

What is it about?

“ In addition to the very serious thing that happened in recent days – floods to neighborhoods, damage to houses, sinkholes – Querétaro presents a serious emergency due to water stress, because around 60 percent of the aquifers are overexploited … and above On the surface, we are already suffering from it, now we have plenty ”.

And he cites several solutions on which he bases his initiative:

“ Ensure availability; conservation and maintenance of hydraulic infrastructure, water reuse; construction of treatment plants and rehabilitate existing ones; conservation of recharge zones; surface water retention; infiltration in the aquifers but also – and in accordance with all of the above – reduce flood risks ”.

But the first question that pops up is that to make this ambitious project possible, resources are required.

“ We are proposing the construction of the first“ Banco del Agua ”in the history of Querétaro. With this, we would guarantee the availability of the precious liquid for the next decades, a resource that we are running out of ”.

It is about the creation of an economic fund, labeling income in the Income Law – and this if it is the power and obligation of Congress, its authorization – and in the Expenditure Budget, in order to have, for the first time in history, a fund labeled “which we have called” Banco del Agua “, within the draft decree to be presented this week”.

This document is already finished and that needs to be formalized so that it can take the path of its approval.

But Ricardo Astudillo and his party, the Green, bring the cloth and the remedy.

” It is about labeling a weight for each cubic meter of consumption that today is charged to the State Water Commission, the CEA .”

And he argues the favorable points – those mentioned above – and citizen participation to make this “Water Bank” possible.

” In Querétaro, each family consumes on average between 10 and 12 cubic meters, approximately, per month, ” he says.

What families are paying to the CEA is between 25 and 30 pesos – depending on the area – for each cubic meter.

” Specifically, what we are proposing to make this vast project possible is to charge one peso for every ten thousand liters of drinking water … which is possible to do “.

It reveals that in the entire state of Querétaro, there are approximately 500 thousand water intakes. “With this proposal, we would be generating a monthly fund – and this is the“ Banco del Agua ”- from the month of January of six million pesos. The complete proposal is that the State Government contribute the same amount, which would add twelve million pesos, in an effort to which the Federation would be invited for the same amount. This would result in a monthly fund of 18 million pesos per month and that per year would add up to something like 250 million pesos per year ”.

It is, he explains, “ that we all participate in this task and bet, first, on water treatment. In Querétaro, we must no longer let the water go … prepare funds to make Aqueduct III possible, which would be complementary. Unfortunately today, we are neither treating nor reusing the water ”.

The Green Party deputy is passionate about the issue of water. And it is also, right now, one of the biggest problems that Querétaro faces.

“ In our state, the issue of water is extremely necessary to sustain our growth and the growth that we are having. Water is a priority issue ”.

And it addresses, in addition to the fundraising mechanisms, which would be the entity responsible for these, which should be the one that the   Executive decides and channeled through the CEA; and he talks about the need to rehabilitate and build new boroughs, improve all hydraulic installations such as drains and that large avenue of water connect to rivers and avoid the floods that today overwhelm us.

” The issue of water is exciting but today we see, more than ever, the need to prevent and enter it all, to provide feasible solutions to the multiple edges that water has in Querétaro .”

For this, work tables will be held in which the Colleges, Architects, Engineers, universities participate. “We must all join together to make a plan like this possible, which we have called“ Banco del Agua ”.

There is already a predisposition between the different groups that make up the LX legislature.

The point is that it is urgent.