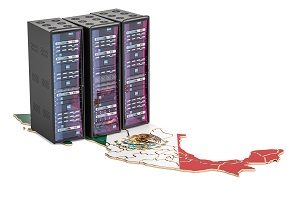 So far in 2021, Querétaro has been in the sights of foreign and Mexican investors who seek to enable the area with world-class telecommunications infrastructure, and with it, encourage global carriers, data center companies, and hyperscalers to enter into Mexico, Neutral Networks said.

According to Synergy Research Group (SRG), 541 data centers were operating worldwide at the end of 2020, double the number at the end of 2015, and the number is expected to increase to 717 (more than 30 %) between 2021 and 2022. In fact, SRG estimates that more than 70% of the data centers used by hyperscalers do not belong to them, but rather rent the service with third-party operators.

“It is precisely the interest of said third-party operators to be in Querétaro that is making the area the most important data hub in Latin America,” said Gabriel Navarro, CEO of Neutral Networks.

In this regard, the company announced its investment of 100 million pesos for the expansion of its fiber network in Querétaro. The new infrastructure consists of 100% channeled fiber, which will connect the most important data centers in the country.

Among the seven data centers covered by the new fiber are the two new ones from Ascenty, a Brazilian data center company, which will finish construction at the end of this year, and whose investment exceeds $ 300 million dollars.

“We are investing to have a high-speed network available, redundant with 99.95% availability and 100% neutral, like no other in Mexico. This means that the fiber infrastructure will be available so that any player in the market can use it, without conflicts of interest, whether national or foreign, ”added Navarro.

The data centers that are in Querétaro, and that touch the Neutral Networks fiber network, are facilities where data from all types of internet services are stored and shared such as social networks, videoconferences, streaming services. music, series, and movies, as well as business services in the cloud.

Companies that offer this type of services on the Internet are also known as hyperscalers because they have exponentially increased the need for more and greater data storage, processing, and traffic capacities, according to the customers require it, the company explained.

“It is the hyperscalers that are activating the entire value chain that connects and maintains the new global data centers, because they require a huge volume of computing resources that guarantee the stability of the applications and services that millions of users consume. in Mexico and around the world ”, Navarro added.

Querétaro is recognized by global investors for its geographic location, being close to the Bajío industrial zone and Mexico City, but without the risks of natural disasters such as earthquakes, hurricanes, or tornadoes. Additionally, it has an efficient electrical infrastructure that allows the highest energy availability for data centers, said the manager.

It was also mentioned that the new fiber ring of Neutral Networks will join the more than 3,000 kilometers of fiber infrastructure that the company already has and will link with the United States through a long-distance fiber network, which will add another 1,300 kilometers to installed capacity.