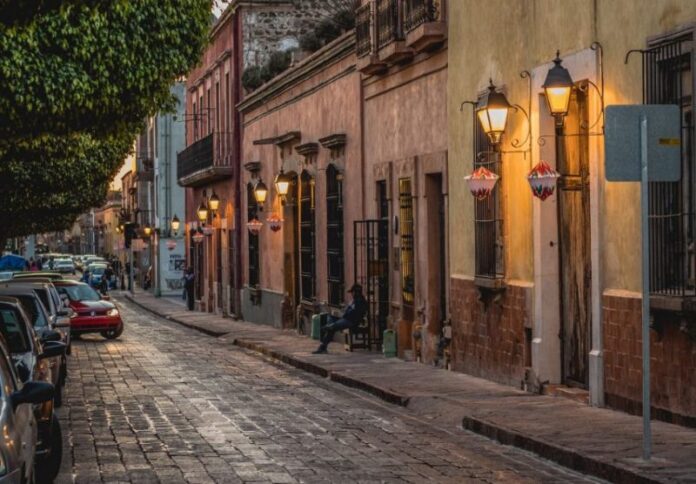 Living in Querétaro is a decision that must be considered a lot before making it definitively. However, it is not at all unreasonable to want to do so because this is one of the states with the greatest economic potential in Mexico, but still maintains a calm that will allow us to have a quiet lifestyle away from the intense days of cosmopolitan cities.

The main advantages and disadvantages of living in the State of Querétaro.

Advantages of living in Querétaro

One of the main advantages of starting a new life in Querétaro is its economy. According to the Labor Observatory of Mexico, university professionals have the possibility of earning a salary up to 58% higher than in other surrounding cities, with salaries that rival those of the capital. For example, in León, Guanajuato, a graduate accountant earns approximately 8,500 Mexican pesos, while in Querétaro, the same professional can earn at least 13,500 pesos for his services per month.

Another advantage of Querétaro is its economic potential. Entrepreneurs will like to know that it is the sixth-best city in all of Latin America to invest in, with a high probability of success. This is due to the enormous industrial and economic growth of the state in the last 15 years.

Querétaro is also an avant-garde city when it comes to sustainable transportation. In 2013, a plan was launched to develop a first-world public transport service, with a strong investment in vehicles powered by natural gas.

The climate of the city is wonderful, with temperatures that remain at 28 ° C most of the year and sporadic rains that do not affect the quality of life in the city at all, on the contrary, they make it a pleasant place to live.

In short, living in Querétaro we can enjoy the calm and tranquility of a small city, with the economic benefits of large cities. An option that is undoubtedly attractive to anyone.

Lots of fun things to do; year-round weather; Good air quality on average; Spacious and not crowded; Very easy to make friends; Easy to do business; High quality in education; The roads are quite safe; Democratic; Safe for women; LGBT friendly; Not many people smoke tobacco

Disadvantages of life in Querétaro

Not everything is rosy in Querétaro. Despite not being such a big city, crime and drug trafficking have turned it into a criminal paradise in which the problem is not precisely the fact that crimes occur, since that happens in all the cities of the world, but the high level of impunity for such crimes. For any conscientious parent, it is illogical to think of letting their children out unsupervised beyond a street far from home, which was the case in the 1980s, when it was one of the cities with the least crime in the country.

It should also be added that although wages are good in Querétaro, the cost of living is also high. The rates for water and electricity services are the most expensive in the whole country, and you can find basic necessities or leisure products at prices that rival those of the capital or with tourist areas such as Cancun or Acapulco .

Pollution is another disadvantage of living in Queretaro, a direct consequence of the rapid industrial and commercial development of the state that has led them having to remove green areas to build more roads, industries, and urban complexes. That is why the quality of the air that is breathed is not good, being harmful to the inhabitants of the city.

The drinking water service is not good in Querétaro either, which is why in many areas of the city, even the most sophisticated, water arrives some days a week at specific times as a rationing measure. Something that also happens in nearby cities.

Internet quite slow; Can get hot; There are not many foreign travelers; Lack of hospitals; People don’t speak English well

Or if you prefer, you can also discover the prices in the city by watching this video:

Cost of living in Querétaro

When you decide to come to Querétaro, you feel firsthand the reasons that have made the city one of the best expatriation destinations in Mexico. Among these, the good salary level of those who work in it stands out, which exhibits unstoppable growth and development. After reading this article with everything about the cost of living in Querétaro, you are convinced that covering aspects such as accommodation, food, transportation, and other expenses do not require many headaches to get to the end of the month without problems.

What is the cost of living in Querétaro?

Finding accommodation in Querétaro, in addition to being easy, is quite cheap. With an average of between $ 185 and $ 310, you can rent a furnished one-bedroom apartment in the suburbs and downtown, respectively. If you come to the city with other people, or you simply want to save something on this expense, you can go to the alternative of sharing a flat. In this way, you can reduce the expense up to about $ 140.

The cost of the services associated with the apartment does not clash with the rental prices, since you only have to pay $ 33.5 for water, electricity and gas in an 85-square-meter apartment. This expense, like the cost of the Legal Leasing Policy (3-4% of the annual amount), can always be negotiated with the landlord at the time of signing the contract.

Buying property in the city is within the reach of many budgets since the square meter for houses is estimated at $ 740 and $ 1,120.

In this city, you can sit down to eat without spending more than about $ 4.90 in cheap restaurants. If you prefer to do it in higher category sites, then the cost amounts to up to $ 12.25 per cover.

NOTE. In the city, you find many typical food stalls of the region, where indulging yourself and being satiated does not make you spend more than about $ 3.15 for a plate of chilaquiles with eggs, and the famous Queretanese enchilada with prices starting of $ 3.70.

If you have already been living in cities other than yours, you cannot deny that there are few places in the world where grocery shopping only consumes you on average $ 99. To prove it, we have prepared this list for you with the costs of some products that always go to the shopping cart:

$ 0.58 is the amount to pay for the one-way ticket in Queretaro public transport. The city does not buy the monthly subscription for the service, but you can purchase a QroBus prepaid card and recharge according to your availability, paying as many tickets as you want.

Getting around by taxi in the metropolitan area of ​​Querétaro is equally cheap, since the flag lowering is stipulated at $ 2.10, and $ 0.55 per kilometer traveled.

Of course, everything is related to the cheapness of fuel throughout the country, since the liter of Premium gasoline is at $ 0.97.

The fee for staying connected to broadband internet has an average cost of $ 24.85 per month.

Going to the movies to see an international premiere costs you $ 3.85 on average for a ticket.

A gym is a good area of ​​the city and with modern facilities, has an average cost of $ 37 per month.

In case you come with small children, keep in mind that the city’s nurseries charge an average of $ 205 per month.

Once installed in the city, you find that the cost of living in Querétaro is between 470 and 590 dollars a month:

Do you want more information about living in Querétaro? Watch out for this video !:

To translate the video from a foreign language: