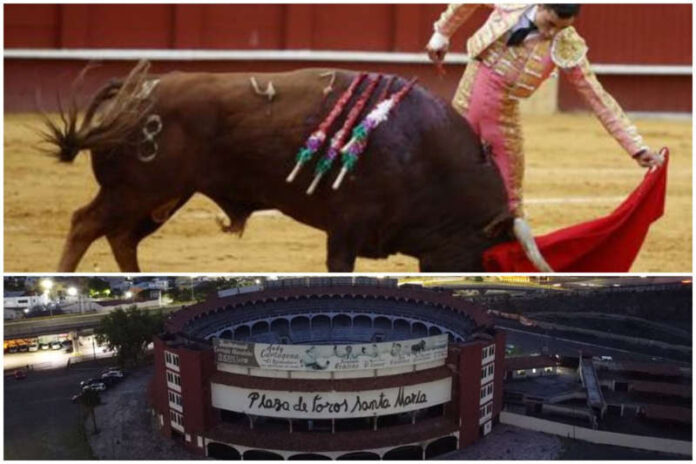 The Mexican Bullfighting Association joined the concern of the bullfighting community of Querétaro, as well as different business and political sectors, after the project that aims to demolish the Santa María bullring, considered an icon of this city.

Mexican Bullfighting, a civil association dedicated to the defense and promotion of the fiesta brava, called on the political, business and cultural actors of the state of Querétaro to “close ranks around this space that has been present as one of the main attractions of the capital and engine for economic development.”

In recent days, there has been a rumor in the Queretaro capital of a possible sale of this enclosure and its probable demolition by buyers to turn the space into a shopping center.

The Mexican Employers’ Confederation (COPARMEX), in the voice of the president of its state chapter, Jorge Luis Camacho, expressed its position in favor of the permanence of this enclosure due to the symbolism that it represents for Queretaro.

“I don’t have any data that this is going to be sold. I think it should stay as it is, it’s an icon, it’s a symbolic thing. What is important is to find a way to make some kind of alliance with private initiative to put resources that would give it life, which I think it does need life, “said the business leader.

The director of the National Institute of Anthropology and History (INAH)in the state of Queretaro, Rosa Estela Reyes García, proposed that, from the business sector and government authorities, rescue strategies be sought for the conservation of the Santa Maria bullring.

For his part, the local deputy for the National Action Party, Jose Luis Baez Guerrero, spoke in favor of conducting a study to determine the historical value of the square to evaluate whether it could be acquired and preserved.

After the confirmation of the sale of the Plaza de Toros Santa María in Querétaro, Ana María González Rivas, daughter of the founder of that Bullring, said that she seeks to prevent its sale and demolition.

To translate video from a foreign language:

You’ll see that the subtitles have automatically been translated into English. While everything won’t be translated with 100 percent accuracy, the whole idea is that you can at least get a rough translation so you can easily follow along.

“Unfortunately, I found out from a chat that they put it up for sale for a store and that they are going to bring it down,” he said.

He said that from the moment he found out he sought the support of businessmen, bullfighters and people involved in the world of bullfighting.

“It makes me that it is not correct that a square that is an icon for Querétaro is collapsed because there have been bullfighting events and have seen what figures have been presented, such as the Cordobés, Ojeda Manolo Martínez and so following all these years the truth has been a work that has been given to the party and to the people” Said.

He revealed that the owners of the place are the heirs of his brother, whose inheritance was divided into five parts between his children and his widow.

“However, I haven’t talked to them for a while and I didn’t have contact again,” he said.

The Plaza de Toros Santa María de Querétaro was left without events due to the COVID-19 pandemic, when bullfights and shows such as jaripeos and concerts were suspended.

Local media detail that its sale price could reach 250 million pesos and the main interested party is the supermarket chain HEB.

It is the fifth largest square of its kind in the country and has a capacity of 12,186 spectators and by its design is considered Cultural Heritage of Querétaro.

Its construction is of Sevillian style and was built by an engineer who included Moorish influences with barrages and tiles.