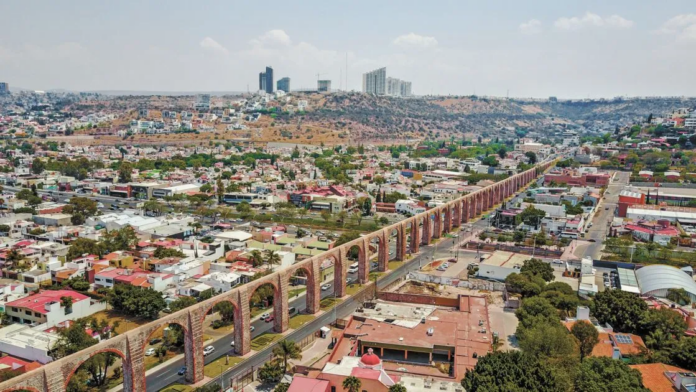 The request stems from the country’s high dependence on the American Union, which is elucidated in the cut-off of the natural gas supply that Mexico imports.

Querétaro, Qro. Given the dependence of the Mexican economy –and the Queretaro– on the United States, the local business community urged the federal government to improve relations with the neighboring country.

The president of the Querétaro Business Center of the Employers’ Confederation of the Mexican Republic (Coparmex), Jorge Camacho Ortega, stressed that the request derives from the high dependence that the country has on the American Union, which is elucidated in the cut off of the gas supply natural that Mexico imports and that was diminished by the decrease in temperatures in the Texas region.

“We are fighting with the federal government to have the best bilateral relationship with the United States, a bad relationship can cause very strong damage to Mexico. We already saw that when we stopped supplying natural gas for two or three days, they turned us upside down ”, he declared.

The businessman highlighted Mexico’s dependence on the importation of natural gas, but also gasoline.

He explained that there are currently critical issues in the bilateral relationship, including immigration policies, security, in the electricity industry, and generation of sustainable energy, which will be current topics before the next visit of the Vice President of the United States, Kamala Harris.

In relation to Querétaro, he highlighted the close relationship that the local economy has with the United States, mainly in the automotive industry through the manufacture of auto parts that are sent to the neighboring country.

The reactivation that the American automotive industry has had, after the Covid-19 pandemic, has motivated the local industry because it increases the demand for Mexican supplies .

“The United States has put billions of dollars to recover the economy and a very important industry is the automotive industry, that demand is beginning to be generated and Mexico, Querétaro in particular, we are a large state with a large auto parts industry,” he said.

The binational economic link is also observed in the reception of Foreign Direct Investment (FDI), of which the United States is the main issuer to the entity. During 2020 the state captured 423.6 million dollars, almost 50% of the total FDI that the entity received in that period.

From 1999 to 2020, the entity adds 6,202.3 million dollars of FDI, contributing 34% of the total received from that registry, in the same way it remains the country with the highest issuance according to information from the Ministry of Economy.