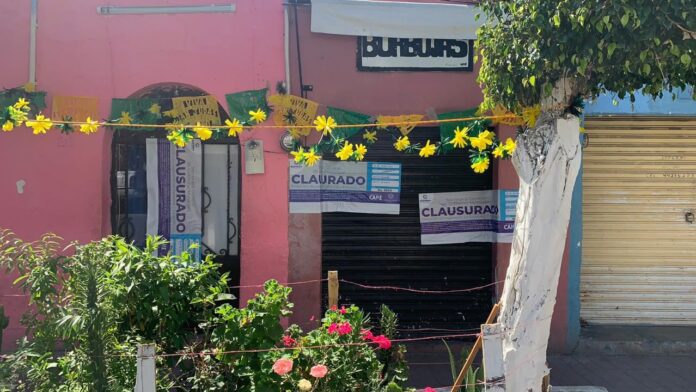 In total, seven clandestine meeting houses have been closed in Querétaro

Querétaro.- This past weekend the Inspection Directorate of the Municipality of Querétaro closed two brothels in the capital of Querétaro; With these classes, there are already 7 brothels detected and closed in the city.

They were in San Francisquito, Carrillo Puerto, and one more in the vicinity of the Escobedo Market, as well as a table dance establishment in the Insurgentes neighborhood.

A house was also inspected in the Carrillo Puerto neighborhood where beer was marketed without the corresponding license, for which a record was issued, stamps were affixed and 6,800 units of different brand beers were impounded.

Of these 32 sanctioned businesses, only two were for reasons related to COVID-19 measures, in addition, there were nine provisional closures, of which one was in an established business and had to do with preventive measures against COVID-19.

In total, 51 tianguis and three markets in the capital of Queretaro were visited.

Other outstanding acts were at the Literature market, for working after hours, as well as a taqueria in Lomas in Casablanca. A record was also drawn up for several businesses located in San Francisquito, Centro Histórico and Carrillo Puerto for selling alcoholic beverages without having the corresponding permit or license. In addition to the verification in Gallos Blancos VS FC Juárez, where a record was drawn up for not having permission to sell beer, as well as the assurance of a ticket to a reseller.