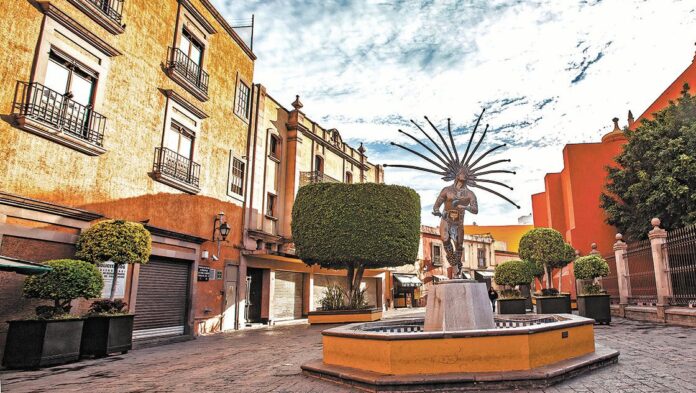 The transition to Scenario A allows them to foresee that, if they remain open, they will regain their prendemic levels within 1 to 1.5 years.

Querétaro, Qro. Given the validity of Scenario A, establishments with turns of nightclubs are ready to open, because this parameter allows them to increase capacity and hours, with the possibility of receiving 50% of their occupation and closing at 24:00.

The transition to this scenario generates encouraging expectations for the recovery of night businesses, foreseeing that, if they remain open, they will recover their pre-pandemic levels within 1 to 1.5 years, said the president of the Association of Entrepreneurs and Workers of Discotheques, Bars and Clubs. Entertainment, Emilio Lugo García.

Previously in Scenario B , they operated at 30% capacity and until 10:00 p.m., conditions that, he said, did not mean a reactivation for these shifts, on the contrary, most were waiting for the opening conditions to improve for resume functions.

However, he stated, the request to the state health authorities will continue to allow them to extend the closing time to 02:00.

Of the 75 associated businesses, he estimated that about 50% will be in conditions of opening in this scenario, it also implies the recovery of between 3,000 and 4,000 jobs.

The number of 31 businesses that have already closed permanently, due to the fact that they did not withstand the economic crisis and restrictions left by the Covid-19 pandemic, is maintained; only in one of these cases was it recently notified that it will be transferred.

“We are going to open 50% of the businesses, we are going to make a count and recount of those that remain and those that definitely closed and are no longer going to open (…) For us it is a recovery, starting the long-term economic recovery, but We have already started with a new modality of already being able to receive people at 08:00 at night so that they can leave at 12:00, it is already an ease and a better scenario, it is a respite ”, he said.

After the opening of the establishments, the priority is to settle the liabilities that were generated in the framework of the pandemic, to later advance in the financial recovery of the businesses.

“Everything that this reopening generates is going to be for the economic recovery and for the debt that everyone has, it will be to pay those debts and begin to recover, the issue is to start activating this union,” he declared.

With the opening of more nightclubs, he said, it will lead to the reactivation of valet parking and taxi drivers, so they will also hold meetings with these unions on the eve of the greater demand for services that could be generated in the coming days.

The Scenario A -in force of Saturday 24 April on Sunday 9 May- stipulates that nightclubs (casinos, pubs and bars) will close at 24:00 hours, with 50% occupancy. They must observe the schedule for the sale of alcoholic beverages, which indicates that the sale in closed containers or for consumption on the site (in accordance with the corresponding license) will be until 11:00 p.m., every day of the week.

It is recommended to install CO2 (carbon dioxide) meters and to privilege well ventilated open areas, use of terraces, open windows and fans, in addition, it is suggested that the sound level allows a conversation without the need to shout.