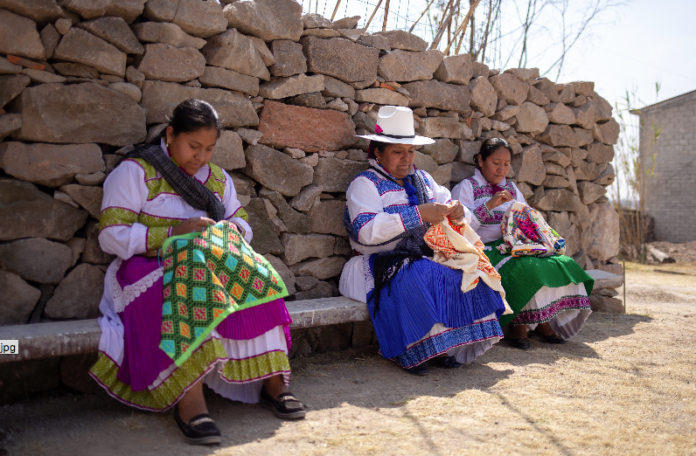 Indigenous people unceasingly produce various articles, clothing, and embroidery of the typical costumes of the State. They resist succumbing to the pandemic and preserve the ancestral culture

The artisans of San Ildefonso, in Amealco, learned to adapt to difficult times.

The COVID-19 pandemic caused that there are no visitors in the community, as well as the closure of all the spaces where their work is distributed in the capital of Queretaro and exhibitions where they were invited both in the State and outside of it, situations that have led to experience a sales decline of up to 95 percent. Their response was to adapt to the digital world with their products.

They are producers of a wide variety of handicrafts, including the famous Lelé dolls, and they also buy their work from more than 50 artisans in the area, such as embroidery strips that are part of the typical costumes of the place. They generate their own economy.

“The contingency did affect us, for those of us who produce there is no sale and apart from that the tourist does not come and those who are on social networks are the ones who are selling, that’s why we entered the networks and, although we hardly know anything about it, it is a means for us to have sales of the products we make, ”Genoveva told AM de Querétaro.

All the artisans have been embroidering since they were girls. The Casa de Madera workshop specializes in Lelé dolls with different clothes and sizes (the largest measures almost 2 meters), which is known in their ñhöñö or Otomí language as ‘dönxu’.

“Now we sell but very little and it is no longer enough to pay so many artisans for their work,” he commented. “If it doesn’t come out, there is no way to pay for the labor, there are more than 50 ladies and they bring us embroidery for two thousand or three thousand pesos that we have to pay and we can’t anymore.”

A year ago, when the COVID-19 pandemic began, the artisans of this Amealco community did not imagine that face masks would be part of their range of products, although demand is starting to drop.

“After a year they don’t sell that much,” he explained.

Inside the workshop, on a table is what remains of that production where there are still hundreds of pieces with different types of embroidery with costs ranging from 70 to 120 pesos, depending on the materials used.

Their economic flow, in years prior to 2020, was sustained thanks to the fact that they delivered the merchandise to the National Fund for the Promotion of Handicrafts (Fonart), to the House of Handicrafts in the Capital, as well as to stores in other states. They also generated sales through exhibitions to which they were invited both in other municipalities of the State and in different states of the country.

“Some of those stores are closed or have more limited hours. We offer them products but they reject us because there is no sale, ”he said. 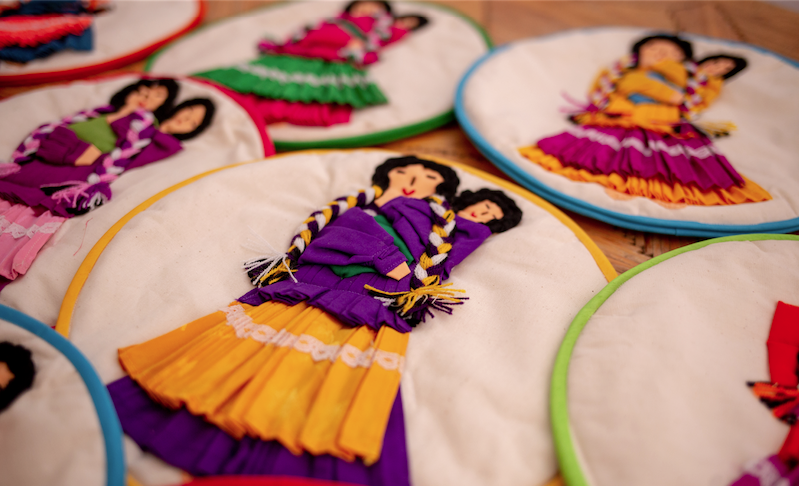 Since Friday of last week, this group of artisans has already started publishing their products through the Facebook page ‘Artesanas de San Idelfonso Tultepec’

Genoveva acknowledged that it was not easy, because they are completely unaware of the world of social networks, although this is not an impediment to learning and they are willing.

In addition, although there are companies that offer Internet service in San Ildefonso Tultepec, the signal is intermittent and the costs are very high for them, he explained.

“Yes there are companies but there is no signal and a colleague of us was the one who wanted to help us make the page, but we were scared but she told us that it was time to do it because otherwise we were not going to sell our crafts,” she explained and commented that it would be important to have support to receive workshops where they could learn more about the digital market.

“We are interested in our work getting out, we are not asking for money but rather that they buy what we do,” Genoveva reiterated.

The artisan women of this town have suffered from the lack of support from their partners. In addition to inheriting the art of embroidery from their mothers, grandmothers and great-grandmothers, they are the breadwinners of their families. They are the ones who support their sons and daughters with school activities that are now remote, they are in charge of preparing meals and they even take charge of planting corn and beans and raising animals for their livelihood.

“The woman is the one who works, the husbands, according to, go to work and return without money and the woman is the one who is left with the obligations of the whole family, in charge of the house, the children, the animals, the sowing, she is the one that takes care of everything, she is the one that stays at the forefront. The husbands leave with the vice or go to work and no longer return, but thanks to that it is that the customs and traditions have been conserved. The parents are not responsible, ”Genoveva said and they all agreed, while each followed with their respective tissue.

Although they recognize that support for the artisan community was promoted through the Municipality of Amealco, in Casa de Madera they could not access them because they did not meet the requested requirements or because they did not have a document at hand, says Carolina Julián.

In addition to financial support, at the end of February of this year, the municipal administration delivered sewing machines to 85 groups of artisans from all over the demarcation so that they have the necessary material to work their crafts. The beneficiaries were people from San Ildefonso Tultepec and Santiago Mexquititlán.

However, Genoveva acknowledged that the problem is not the lack of products but of sales.

Genoveva speaks well, with a firm voice, without losing her smile as she recounts the vicissitudes that she and her colleagues had to go through due to the coronavirus. PHOTOS: YARHIM JIMÉNEZ