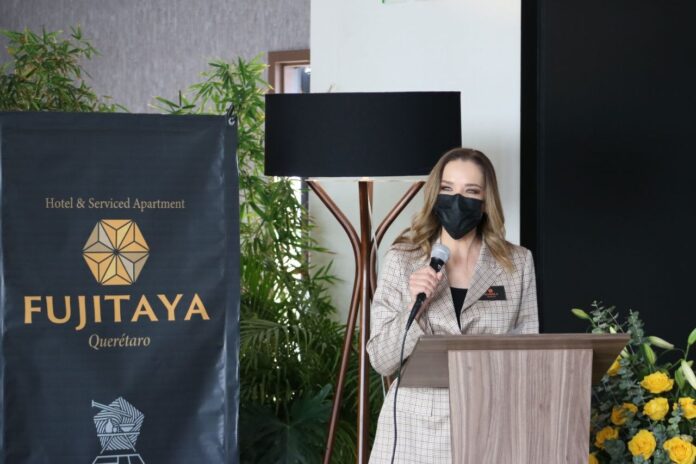 The Fujitaya Hotel, of Japan, opened its doors in Querétaro, specifically in the Juriquilla area, which has 200 rooms and 75 long-stay apartments, as well as a pool, spa, and all the amenities of the culture of that country.

The opening ceremony was attended by the State Secretary of Tourism (Sectur), Mariela Morán, who thanked them for their trust in investing in the entity.

Present at the event were the Consul General of Japan in León, Guanajuato, Katsumi Itagaki; the coordinator of International Relations and Government Innovation, Hildegard Frei Nieto; the Secretary of Citizen Security, Miguel Ángel Contreras; the general manager of the hotel, Jun Takagi; the director of the operating company Encouter, Takeshi Nishigad; the president of the Queretana Association of Hoteliers, Luis Signoret Luna; among other personalities.

In search of synergies with Japan

The Secretary of Citizen Security (SSC), Miguel Ángel Contreras Álvarez, held a meeting with the Consul General of Japan in León to talk about the synergy that exists between the authorities and the citizens, so that in this way efficient mechanisms of participation in security matters.

The working meeting was held at the facilities of the CQ-CIAS security complex, where the public policy advisor, Juan Martín Granados Torres, as well as senior staff from the Consulate of Japan based in Querétaro were present.

“Miyabi” is a completely private room ideal for business use, “Wa-NAGOMI” is an izakaya-style digging room, and “Sakura-SAKURA” is a party room where you can enjoy karaoke. We have prepared the best menu for each space and each situation.

The single board, a solid wood counter is not only a bar but also a dining bar, a space suitable for a gentle end of the day.