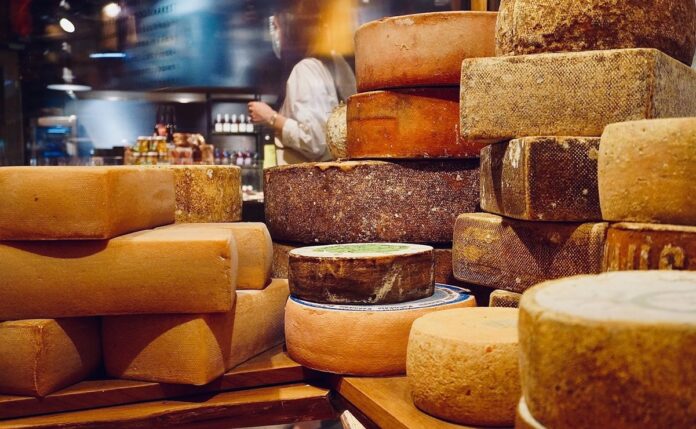 On November 3, the 33rd edition of the World Cheese Awards was held, the most anticipated contest by all the cheesemakers in the world

Oviedo, Asturias. In this 33rd edition of the World Cheese Awards, Mexico returns home with 12 medals, three golds, three silver and six bronzes, the result of bringing 28 samples from six cheese factories to the contest that, through Lactography, were successfully exported.

Without a doubt, an exciting event where 4,078 cheeses from around the world were tasted by 240 international judges, 16 of them from Latin America, specifically from Ecuador, Uruguay, Colombia, Argentina, and Brazil.

The best cheese in the world

Elaborated from goat milk of the Malaga race with a thin black and very thin line right in the middle of the piece which slightly changes the texture of the text as it is ash from olive bones from the province of Jaén. Anadalucía called Quesos y Besos, by the cheese masters Silvia Peláez and Paco Romero. To achieve this, there was a first selection of 88 cheeses for 16 judges to choose 16 in the grand final and thus give by opinion, that Cheeses and Kisses had the great medal thanks to a score of 103.

For its part, Lacteo Network, a Latin American initiative to promote artisan cheese, presented the award for the best cheese in Latin America, which was won by the Sierra Encantada cheese factory from Morelos with its Kabry cheese. Del Rebaño from Queretaro was the most awarded Mexican cheese factory in this edition, with four silver medals, three bronzes and one gold, this award being, for Sierra Encantada, the first time they participate. For Mexico, it is an important moment, since it is the first time that national cheese factories have brought so many medals. * Jéssica is a cheesemonger at Lactography alongside Georgina and Carlos Yescas. She is the founder of Mexican Mongers, a space where she provides advice, tastings and training for projects related to cheese.