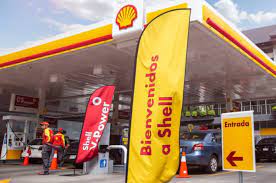 With the addition of the new branch in Querétaro, Shell expands its brand presence in 17 states of the country, with more than 230 service stations

Thus, Queretaro citizens will have access to the different products and services of the Anglo-Dutch oil company; like Shell V-Power premium fuel, a Shell and Scuderia Ferrari innovation consisting of 4 layers of protection for the engine; in addition to other fuels such as Shell Super and Shell Diesel. In this sense, the new station in Querétaro will also sell Shell Helix lubricants, which maximize the cleanliness and protection of the automobile engine.

It is worth mentioning that, from October 15 to 29, a Formula 1 car is on display at the new service station in Querétaro; in celebration of the Grand Prix of Mexico and the alliance between both companies.

As part of Shell’s promotion in Mexico, those attending this new branch can download the Lotto Shell app; Through which they are participants to win various prizes, such as balls and autographed LaLiga shirts, or coupons for the purchase or rental of films at Cinépolis Klic. The application is available for both Android and iOS systems.

The new branch also offers its customers clean bathrooms, as well as personalized attention from the Shell team. In addition, in response to the health contingency due to COVID, hygiene protocols are imposed both in the new service station and in all units in the country. The actions range from frequent hand washing by employees, to the disinfection of payment terminals.

Shell has more than 60 years of presence in Mexico, a great experience that supports its operations; and today it is the largest fuel retailer in the world, with units in nearly 80 nations.

Walmart Mexico enters the gas station business: it will put stations outside its stores