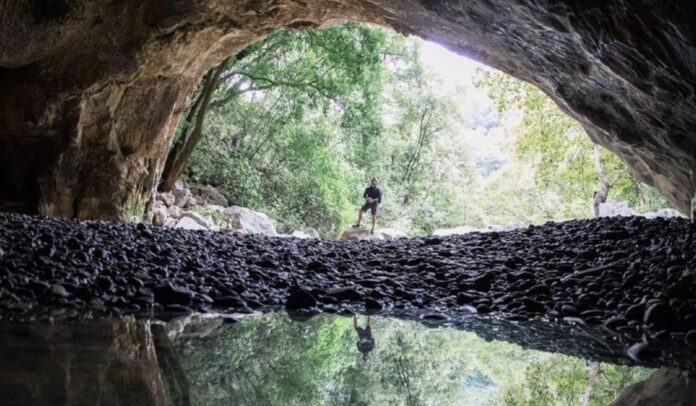 Mexico has a total of 132 magical towns, so it is time to take the map and make a count of the long list that we have to go through on some weekend outings. This time the adventure is in Jalpan de Serra, the best-kept secret in Querétaro, also considered the “Heart of the Sierra Gorda”.

From Mexico City to this place, when using the highway that goes to Querétaro, the transfer is approximately 5 hours, which are well worth it to know a place that has everything in terms of natural wealth.

There are churches that have become iconic in the country, so you have to know the Franciscan Missions of this place, which are Cultural Heritage of Humanity, declared by UNESCO since 2003.

The main temple was built between 1751 and 1758 by Fray Junípero Serra, hence the town’s name. Its facade tells the story of the apostles. Visually it is a gift.

The same happens with the Tancoyol Mission, which dates from more or less the same time and in which details of European constructions are observed, but also the indigenous spirit, so in the temple, there are columns venerated by figures of a jaguar or of characters with Olmec features.

Jalpan de Serra, although it is a historical reference, also has other riches. For example, its gastronomy craves a jerky marinated with orange and served at the table with a tile corn atole.

Well eaten, we can go to its dam, where sports fishing, hiking, flora and fauna observation, mountain biking and even boat or kayak rides are practiced. If you’ve never been to a totally clean river, you have to take a look at Santa María, where the chirping of birds relaxes and communes with the intense blue of the water.

The Sierra Gorda queretana has different microclimates, so walking its trails is undoubtedly a great adventure, on which there are various eco-lodges to experience nature intensely.

The road also leads to the Archaeological Zone of Tancama, a settlement of the Huasteca culture and considered a ceremonial and astronomical center. We could continue between a list of museums and more activities, although it must be emphasized that in the center of the town the main garden is a must for photos and where there is also a house of crafts from the region. Without a doubt, a whole case of cuteness, pack the backpack now!