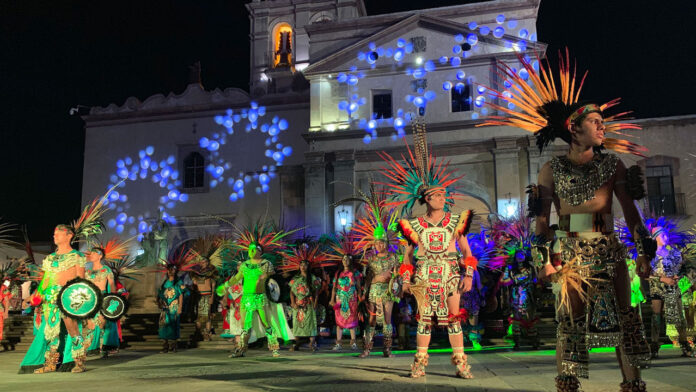 From August 12 to 15, the Santiago de Querétaro 490 Anniversary Maxei Festival will be held in a hybrid way in order to promote culture, promote identity, and family coexistence in the Municipality of Querétaro.

In the framework of its 490 years of its founding held on July 25, through a statement the municipality of Querétaro emphasizes that it is important to commemorate this anniversary with a program that provides identity, memory, tradition, and belonging to the inhabitants of the city. , as well as for the new generations.

Likewise, the Maxei Festival will have a total of 117 events, of which 48 will be virtual and 69 face-to-face, with the participation of more than 300 artists from the local cultural community, as well as 38 teachers from the 19 cultural spaces of the Secretariat.

The virtual events will be broadcast on the social networks of the Municipality of Querétaro and the Secretariat of Culture of the Municipality of Querétaro. The face-to-face activities can be enjoyed at Plaza Esfera; Park Square; Hilvana Square; Plaza de las Américas and Plaza Paseo Querétaro, as well as in the Houses of Culture, Community Cultural Centers and municipal Public Libraries located throughout the seven boroughs of the municipality.

In addition to this, on Sunday, August 15 there will be a closing event that can also be seen on the social networks of the Municipality and the Ministry of Culture.

Querétaro is commemorated as a cultural heritage of humanity

As part of the Maxei Festival, this year it will also hold the Ibero-American Forum on Cultural Heritage Santiago de Querétaro, which will take place from August 19 to 21 in person at the City Theater and on the Zoom platform, this in commemoration of 25 years since the declaration of Querétaro as a city cultural heritage of humanity, by UNESCO.

The forum will feature international guests who will speak about the conservation and good safeguarding practices of similar sites; experts in cultural, tangible, and intangible heritage, from countries such as Spain, France, Peru, Brazil, Ecuador, and Mexico; and states such as Puebla, Morelos, Jalisco, Veracruz, and Querétaro.