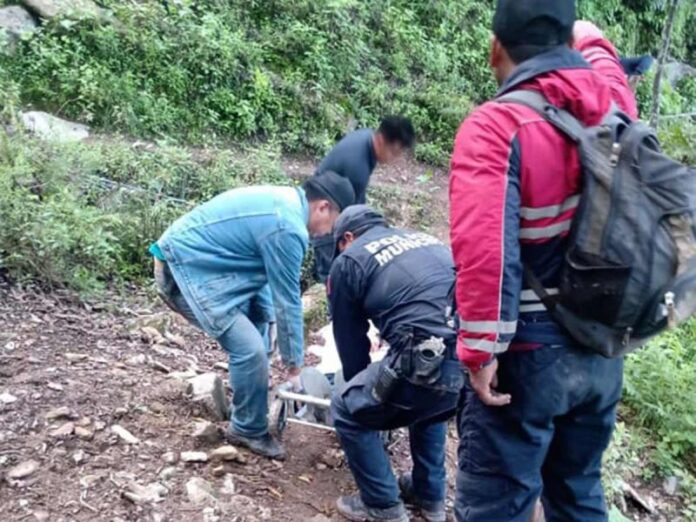 The events occurred in the community of Tierras Coloradas, in the municipality of San Joaquín, in Querétaro.

Two people died in an accident when they lost control of their car, and fell to the bottom of a ravine, the emergency services of Querétaro reported.

The events occurred in the community of Tierras Coloradas, in the municipality of San Joaquín, where Public Security agents in coordination with Civil Protection went to the scene of the accident where it was confirmed that two tourists from the state of Guanajuato lost their lives.

The victims, coming from the town of Bucareli in the direction of San Joaquín, were traveling aboard a black Toyota pickup truck.

Both bodies were transferred by experts from the Prosecutor’s Office to continue with the corresponding procedures.