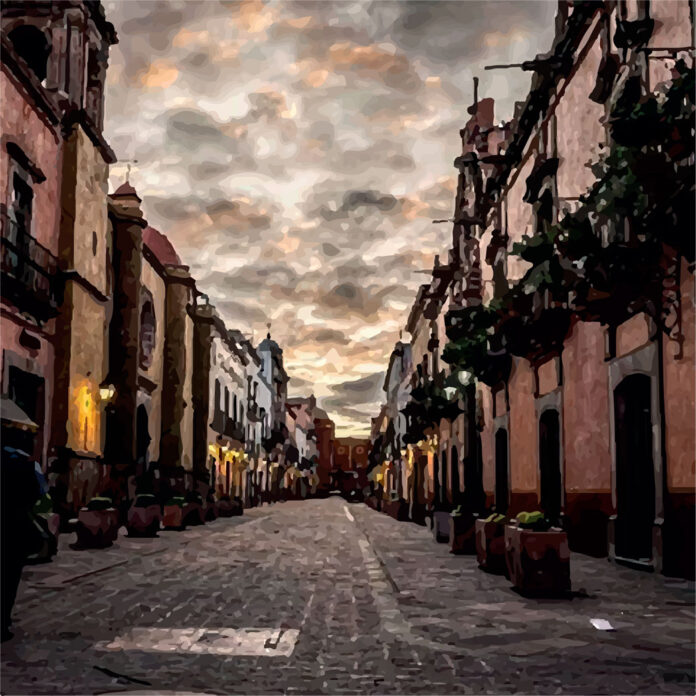 Daily something limits us to admire the details and the secrets that the streets keep where we always pass. How many times have we walked through the streets of the center? And how many times have we asked ourselves what they were like a few years ago? Or what were their names? That is why my curiosity led me to investigate some curious facts that, whether or not you are from Queretaro, are good to know, to find meaning in our path, and learn a little.

And it wasn’t exactly called that because of a romantic story. What today is the street of Ezequiel Montes, previously received the name of Casados ​​street, thanks to the benefactor of most of their houses, the priest José M. Casaus, who from his last surname originated that name.

Although the explanation of this name may seem a bit gloomy, it is very simple. In what is now Guerrero street, there was the administration of the Cofradía de las Ánimas, in addition to some other houses that belonged to the same line of business.  A brotherhood is an association recognized by Catholicism whose purpose is altruistic interests.

Do not be scared, it is not what it seems or maybe it is. Those who know say that a few years ago, before making the names of the street’s official, the people gave nicknames to them, which were made known to the general public. What is now Independencia Street, was previously known as Malfajadas street, coming from the nickname given to some women who lived here, whose way of dressing was a bit bizarre.

Today called Allende, this street probably took its name from some love scene. As we have already mentioned, before it was common to make the names of the street’s official, due to the nicknames that the town gave them for some situations. Not in the house. Doña Josefa Vergara lived on this street 6.

It was named after a legend; It is said that packs of wolves came down from the Cerro del Cimatario in search of prey. One day a boy who was following this path found his death when he came across one of these beasts. That is why a section of what is now Calle de Morelos was named that way.

This research was carried out by talking with Queretaro historians, chroniclers, books, and the popular lore of those who already lived here. If you, the reader, have a secret that can increase or modify this curious data, do not hesitate to write to me.