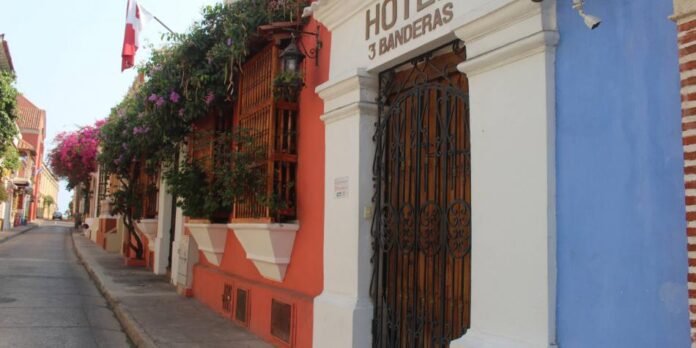 Ready to reopen 2 hotels that had closed due to the pandemic and are looking for the arrival of 3 new hotels, including a bubble hotel.

After the return to the new normal, two boutique hotels that had been decommissioned due to the COVID-19 pandemic have announced their reopening, while there are talks so that 3 new hotels can be installed, including a modern “bubble hotel,” he said. the Secretary of Tourism of the Municipality of Querétaro, Alejandra Iturbe.

2020 was a hard blow for the Queretaro tourism sector in terms of hotels because among the damage caused by the confinement was the closure of at least 10 hotels and the fall in the economic income, hotel occupancy and therefore the collection of the tax. Regarding accommodation, however, the first recovery efforts are beginning to be seen with the return of two hotels.

“We have the good news that they are not new hotels, but they are going to reopen 2 hotels that had been canceled, the TourHotel which is a 36-room hotel and Casa Altamira, which is an 18-room hotel, this means that there are good expectations. With the return to the new normal, hotels are seeing their reopening and these are good signs, “he said.

In addition to this recovery, during the Tianguis Turístico that was held the previous week in Mérida, Yucatán, there was an approach with three companies interested in installing hotels in the state capital, which include a boutique hotel, a large hotel chain, and a hotel with a modern concept, called “bubble” or bubble, like the one already found in Valle de Guadalupe, Baja California.

“We had meetings with people who want to bring investment to Querétaro in Hotels, major hotel chains, boutique hotels and we were approached by modern hotels that are looking for a place to settle and that are hotels with novel proposals, such as the Boubble Hotel that are bubble hotels, one thing very nice, “he said.

Currently, the municipality of Querétaro has an offer of 194 hotels that represent a capacity of 10,994 rooms.

They project a strong closing for the December holidays.

The municipal official said that the economic recovery of the sector is expected to be reflected during the last two weeks of the year by the holidays, when a spill of 193 million pesos and a hotel occupancy of 45 percent is projected, a figure higher than that of 2020 when there was an occupation of just 23 percent.

“If we close the year as we think, we are thinking of 45 percent occupancy in December, if we manage to have this occupancy percentage in December, which is 15 days of vacation, we are calculating 15,900 tourists nights, and this would generate a spills approximately 193 million pesos ”, he commented.

If the expectation is fulfilled, Querétaro could close the year with a total figure of 2,500 million pesos for economic losses and it is expected that in 2022 the recovery trend will continue until reaching what was registered before the pandemic, with 3 thousand 920 direct jobs in hotels, 316 jobs in travel agencies and more than 193 thousand 580 jobs in food establishments for a total of almost 200 thousand jobs in the entire tourism sector of the capital.

UL to open a new laboratory in Querétaro by mid-2022