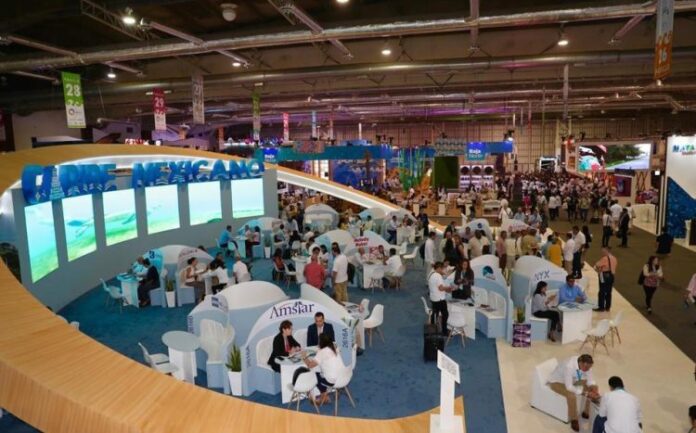 National event from November 16 to 19.

The Secretary of Tourism of the Municipality of Querétaro, Alejandra Iturbe Rosas, confirmed that the state capital will participate in the Tianguis Turístico 2021, a national event that will take place from November 16 to 19 in Mérida, Yucatán.

The official explained that they will go together with the Government of the state of Querétaro and at the invitation of the Association of Heritage Cities, to promote the city as a tourist destination in the country.

Alejandra Iturbe said that they will attend with a contingent made up of tour operator representatives and leaders of industry associations, such as restaurant owners, hoteliers, among others. He announced that the capital’s Tourist Circuits project will be exhibited within this framework.

“We are going with the idea of ​​generating more visits and greater economic income. During this tourist market, we will present the destination “Querétaro Ciudad”, and we will take the opportunity to launch the new tourist product that we are going to have here, which are the circuits “.

On the other hand, the secretary pointed out that she expects a slight recovery in the city’s tourism sector; ensuring that they would close 2021 with an economic benefit of 2,560 million pesos; before the arrival of more than one million 015 thousand 600 night tourists; that would lead to a general hotel occupancy of 35.5 percent.

And it is that the official recalled that in 2019, there was a hotel occupancy of 60 percent on average, registering 2 million 580 thousand tourists per night who left a spill of 6 thousand 504 million pesos.

While in 2020, the arrival of the COVID-19 pandemic to the entity, decreased considerably to a 23.4 percent occupancy, with 900 thousand 500 night tourists and a spill of 2.269 million pesos.

However, he indicated that the following days and the holiday seasons are expected to benefit the sector, since the arrival of tourists is expected in the next three rest bridges, due to the Mexican revolution and given that the days of Christmas and the year again they will allow spaces to visit the city.

Walmart Mexico enters the gas station business: it will put stations outside its stores