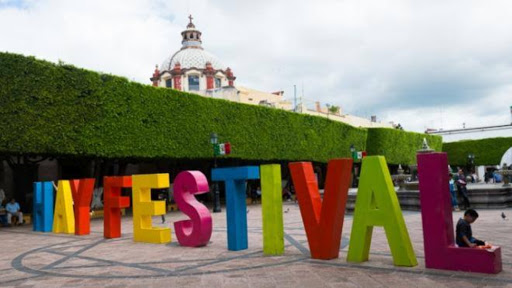 It will take place from September 1 to 5 with about 90 activities, of which 39 will be face-to-face with free access to the public.

Querétaro will host the first hybrid meeting of the Hay Festival worldwide, and it will take place from September 1 to 5 with about 90 activities, of which 39 will be face-to-face with free access to the public.

In a virtual press conference, Cristina Fuentes La Roche, international director of the Hay Festival, pointed out that before a year and a half of terrible effects caused by the Covid-19 pandemic, there have been changes in social life that have impacted on the format of this cultural encounter.

“We want to show that culture can be done safely. Most of the program can be enjoyed digitally and satisfy the new audiences that follow us (…) We will present a large program of almost 90 activities with local artists and exponents from 19 countries that will allow us to talk about many thematic lines, such as literature, society, economics and science ”, he explained.

Also taking part will be national figures such as the Mixe activist and linguist, Yásnaya Aguilar; the musician and founder of Café Tacvba, Joselo Rangel and the actor and film director, Diego Luna, and at the local level the writers Imanol Martínez, Rocío Benítez, Braulio Guerra, Dalia Larissa Otero and Rafael Volta will participate; the cultural manager and director of the City Museum, Gabriel Hörner; the painter and director of the Bernardo Quintana Art Center, Luz del Carmen Magaña, and the plastic artist, Santiago Diez, among others.

It will also highlight the presence of artists and bands from Queretaro who will offer face-to-face concerts for the public such as “La Delicia de Alicia”, “Saxodia” and “La Rumorosa Blues Band”.

The venues for this edition will be the Theater of the City, the Theater of the Republic and the Regional Museum, as well as cultural spaces and houses of culture of six delegations of the municipality of Querétaro in which workshops, conferences and events for the community will be activated. children and youth, as part of the “Hay festivalito” program.

The complete program is ready on the official page: www.hayfestival.com/queretaro where the public can consult the billboard, know the biography of the participants and the nature of the events, as well as register for the digital events that will be of unlimited access.