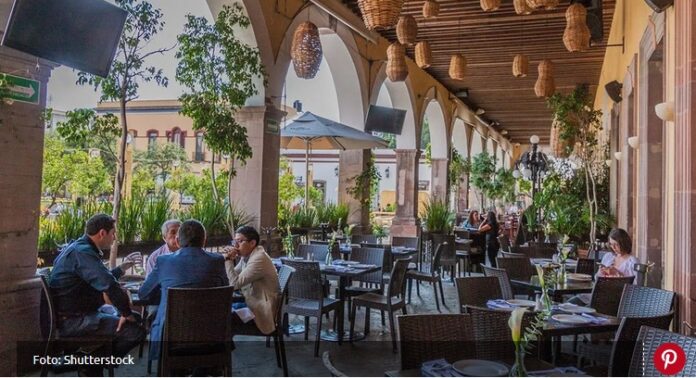 Querétaro, Qro.(March 3, 2021).-Almost a year after the start of the sanitary restrictions – in force due to the Covid-19 pandemic – and the stoppage it had in tourism, the state hotel industry is committed to encouraging local and national tourism.

Promoting domestic consumption is one of the immediate strategies to influence the recovery of a sector that at the end of February reports an average occupancy of just 27%, according to records from the Queretana Association of Hoteliers (AQH).

Therefore, the association designed three campaigns based on three purposes:

“The launch of these campaigns arises from identifying the lags that the local hotel industry continues to show, mainly in leisure tourism,” said the president of the AQH, Juan Ignacio Jaimes Serrano.

The average occupancy with which they closed February is due to the fact that in the last two weeks – going from scenario C to B, 3 percentage points were added.

“By themselves the guests will not arrive, you have to knock on the door. Mexico City is our main supplier and they have several alternatives, what we want is to promote two things: the local market, give Queretans the opportunity to visit us and that after being locked up for a while they have the opportunity to go out and it will not affect your pocket much. We already have initiatives, we are going to start planning the tourism promotion system that we are going to have in the state, “he said”.

“As Mexico City is one of the main emitters of tourists to Querétaro – by contributing 50% of the visitors – a campaign was designed aimed at this market:” Take out your car, the booths are on our own “, aimed at visitors from the capital of the country, with a minimum stay of two nights, reimbursing the cost of the booths (on average 180 pesos) through the services offered by the hotel “, said the commercial advisor of the AQH, Luis Signoret, after Specify that it will be valid from March to May.

“The intention is to strengthen the economic part, encourage people to travel and also have significant financial savings. We have already launched it and it has worked very well, people are struck by the economic reimbursement through our services and it helps us in the occupation and promote internal consumption with other sectors that are very important such as commerce, transport , the one linked to tour operators and tourist guides ”, he explained.

“Querétaro is for you ” is the name of the campaign aimed at the inhabitants of the state, with the aim of encouraging local consumption, consisting of discounts of 25% on accommodation or services such as restaurant, for stays of at least two nights on weekends; It will be in force during the months of March, April and May, specified the head of the AQH Sales Commission, Luis Avelar.

“We believe that it is important to support local consumption (…) Invite people who live in Querétaro, in the neighboring municipalities, to visit us. We are granting a percentage of discount in rates and a percentage of discount in our restaurant options, and other activities, so that people are encouraged to meet and come (…) With this opening, the hoteliers are very optimistic, trying to ensure that the state little by little it is recovering that tourist force that has always characterized it ”, he pointed out.

“Travel safe” is the third campaign promoted by the AQH, with the aim of projecting the state as a destination where sanitary protocols are applied in the face of the pandemic, in addition to the fact that among the 56 associated hotels, a large proportion have the Save Travel seal ( safe journey).

Queretaro continues in scenario B, which came into effect for the period from February 15 to 28 and will run to at least March 14, according to the state’s Technical Health Committee.

In this scenario, hotels and motels can operate at 50% occupancy in rooms, 50% capacity in common spaces, event rooms with a capacity of 30%, in accordance with the guidelines for mass events. The consumption centers must observe the same capacity and hours as the restaurants, as well as nightclubs and the sale of alcoholic beverages, except on Sunday where the consumption centers will be solely and exclusively for registered guests.

The typical dishes of Durango gastronomy