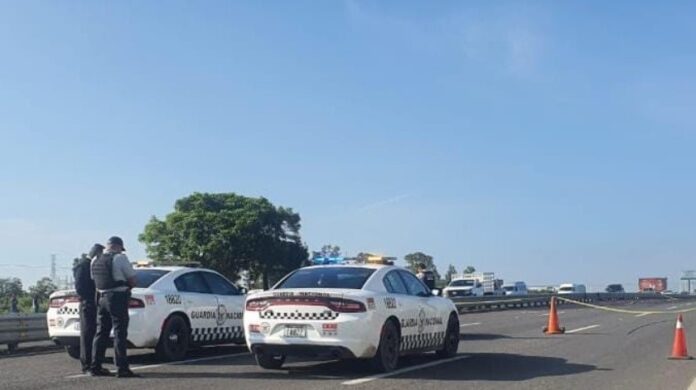 Due to the high levels of violence, the Government of Canada warns of the risks of traveling on federal highway 45, sections León to Irapuato and Irapuato to Celaya.

León, Guanajuato.- Due to the high levels of violence and organized crime, the Government of Canada asked its citizens to avoid non-essential travel in 13 states of Mexico, including federal highway 45, between León and Irapuato and between Irapuato and Celaya.

In the case of Guanajuato, the travel recommendation is on the following sections of federal highway 45: between León and Irapuato and between Irapuato and Celaya (toll).

The Government of Canada travel alert updated to October 14 on its official website recommends avoiding non-essential travel to the following areas:

In general, he warns about Mexico: “Be very concerned. Act with a high degree of caution in Mexico due to the high levels of criminal activity and kidnapping ”.

The Government of Canada calls for extreme precautions in Mexico

In the section on security and protection, when referring to crime in Mexico, the Government of Canada indicates:

“Violent crimes, including homicides, kidnappings, vehicle thefts and extortion continue to increase year after year, throughout the country in Mexico, including in popular tourist destinations. Be extremely cautious when traveling to Mexico City and surrounding municipalities in the State of Mexico, where crime rates have increased in recent years. “

“While most incidents appear to be gang-related, innocent bystanders can be injured or killed. You can be in the wrong place at the wrong time and become the victim of a violent crime. The arrest and detention rates are low and do not deter criminal activity.

Regarding organized crime activity, the Government of Canada states: “Criminal groups, including drug cartels, are very active. Clashes between cartels or gangs over territory, drugs, and smuggling routes are common, resulting in a high level of violence. Criminal activity is high across the country, including in tourist cities and states. “

“In some parts of the country, federal military, naval and police forces have been deployed to combat organized crime and improve security conditions. They maintain a visible presence by patrolling the streets, setting up barricades and carrying out random checks of vehicles ”.

Alert of kidnappings, robberies and safety of women

“The decision to travel is your choice and you are responsible for your personal safety abroad. We take the safety of Canadians abroad very seriously and provide reliable and timely information in our Travel Tips so you can make well-informed decisions regarding your trip abroad. The content of this page is provided for informational purposes only ”, he concludes.

It is false: Says Governor

Governor Diego Vallejo Sinhue Rodriguez denied the information given by the government of Canada is factual.

“It is false that we have violent acts, road closures have ended, the only thing that has increased a little is theft from Federal Public Transportation, which is a Federal crime, and that we have asked the National Guard to review it,” he said.