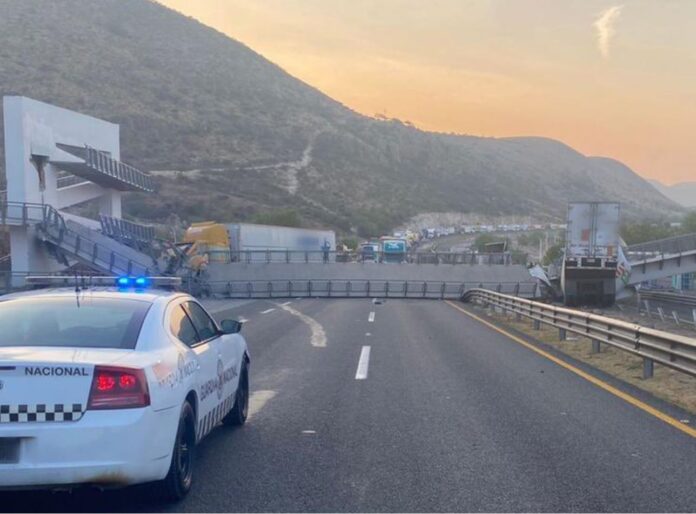 This morning, the collapse of a pedestrian bridge in the middle of the Querétaro-San Luis Potosí highway caused the collapse of this important highway, the National Highway Guard reported.

After the start of the work at the site of the road accident, in the direction of San Luis Potosí, the circulation of the Km 167 + 400 section was enabled, while for Querétaro it is now possible to circulate from km 170 + 000 to 165 + 000 in counterflow.

In its social media account, the National Highway Guard reported about the collapse of the bridge both in the direction of Querétaro and San Luis Potosí.

Why did the pedestrian bridge collapse?

The entire pedestrian bridge allegedly collapsed due to the collision of two trailers that, when hitting one of the pillars of this structure, would have made it fall on top of the vehicles and cargo transport units that were circulating at that time in both directions, crushing the boxes of the two cargo vehicles involved in the road accident.

What is the road alternative?

The road alternative for vehicles that are currently in the place or require to circulate on the said road is the San Felipe-Cerro Gordo-León-Querétaro highway. The National Guard has indicated that caution should be exercised when passing through the scene of the accident since emergency forces work in the area to assist drivers and clear the area, which could take more than five hours as it requires specialized cranes to remove the remains of the collapsed bridge.