The head of tourism clarified that everything depends on the curve as the Covid-19 is, that is final

Mazatlán, Sin.- The secretary of tourism in the state, Oscar Pérez Barros specified that if the health protocols are maintained as before and the Covid-19 infections are preserved as they have been up to now, the Mazatlán Carnival can be carried out.

However, during a virtual working meeting of the Tourism Commission chaired by Deputy Gloria Himelda Félix, the head of tourism warned that if a Covid-19 outbreak occurs, it will have to be analyzed and assessed if this event takes place.

The deputy of Morena, Flor Emilia Guerra Mena, said that the main concern is that a large part of the tourists who will arrive at the Mazatlan Carnival parties are from Durango, a state that is once again on a red light, as well as the capital of the Sinaloa state that registers the highest number of infections.

The Mazatlan deputy said that it is not possible to submit to a public poll whether or not the carnival is held as the mayor of Mazatlán intends, even more so when on October 31 the clubs in the port looked crowded with Halloween parties, where there was no control.

“We are doing well on the tourist issue, Mazatlán is moving and we have to think that all the small businesses or all the establishments that already have that opening and that are little by little generating wealth for their families and supporting the workforce and that a carnival is allowed and that an impressive regrowth comes and forces us to close, to take a step back again if the restaurants are already open, you can go to the beach, you can go to a bar “, she indicated.

Guerra Mena reiterated that it is valid that people want to go out to the streets and leave the stress of confinement, but the question is how a week-long party is going to be controlled, which are several points with the presence of hundreds of people in areas such as Olas Altas, the Plazuela Machado and in the mega concerts that take place in the stadium when there have already been problems of riots in these types of events. 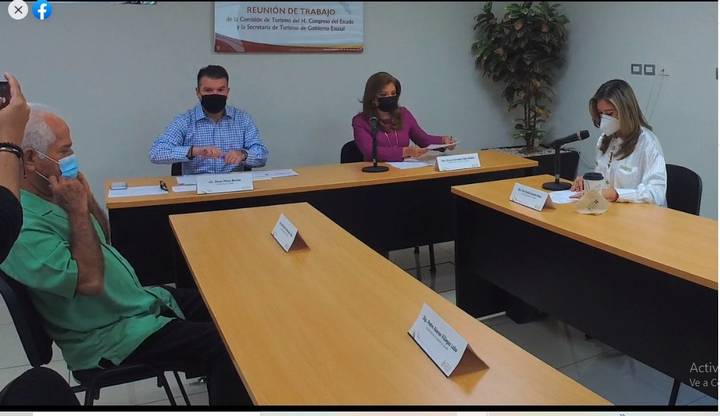 For his part, the deputy Pedro Villegas Lobo stressed that there is a concern because the established protocols are not being respected, what was evidenced on October 31, where the healthy distance was not respected, which can result in an upturn in infections, in deaths and that Sinaloa returns to the red traffic light and the closure of establishments.

The members of the Commission deputies congratulated the Secretary of Tourism for the good numbers presented by the activity in terms of hotel occupancy, in the number of visitors despite the effects that the Covid-19 has left in the state.

Deputy José Manuel Valenzuela demanded greater support for the magical towns and congratulated the head of tourism “it is not pineapple, it is not a story, it is the net, it is working very well,” he said.

Also, the deputy Gloria Himelda Félix said that this is a result of teamwork “and we are proud that they have proposed us a project that accompanied by many results despite the circumstances in which the pandemic has placed us this year and that we did not we see a vaccine in the short term, “she said.

Video: Canacar recognizes Tamaulipas with the safest roads in Mexico and the only one with secure rest stops

Querétaro strengthen tourism with the PriceTravel platform to sell trips

GET READY FOR THE FESTIVITIES THAT THE VINEYARDS OF QUERÉTARO BRING TO YOU, find out where and when